The Practice of Compassion 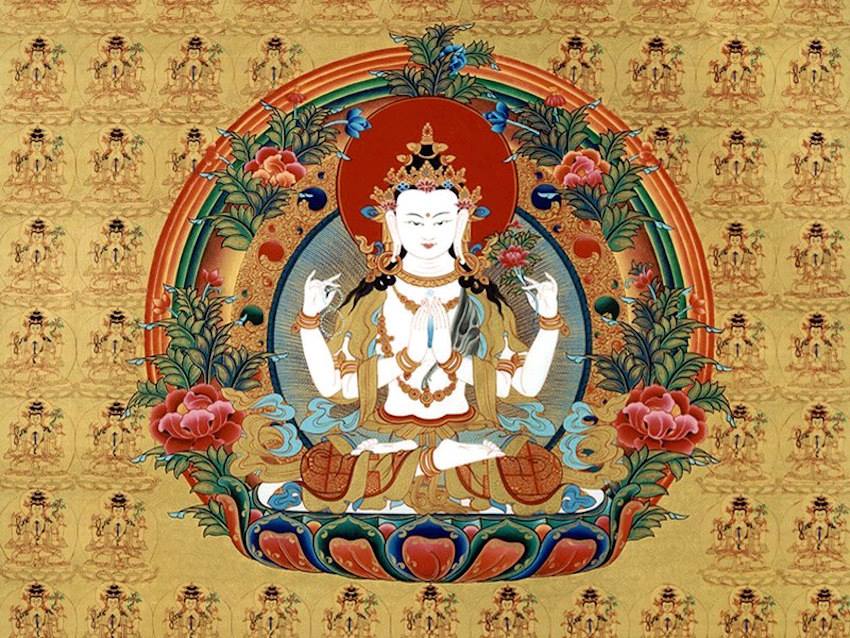 The Practice of Compassion
Facilitated by Venerable Samten

RSVP to receive the link

If one investigates to find the supreme method
for accomplishing the aims of oneself and others,
it comes down to bodhicitta alone.
Being certain of this, develop it with joy
- Khunu Rinpoche

Join us to explore the tools and techniques from the ancient wisdom of Buddha Dharma to cultivate your very true nature - a Compassionate heart.
Ven. Gyalten Samten will explain how you can come to cherish all beings as a source of all happiness. Resisting disturbing emotions, learn to respond to difficult situations in a constructive way.
The practice of Chenrezig is a powerful and complete sadhana practice that is beneficial for students of all levels. The practice incorporates meditation, purification, contemplation, and lojong (mind training).

Barkha Madan (Gyalten Samten) is a nun in the Tibetan Buddhist order. Her first encounter with a Buddhist monastery was at the age of ten at Rumtek, Sikkim. The pristine beauty of the monastery combined with a playful interaction with young monks gave rise to a spontaneous wish to live there. However her pleas were labelled ‘whimsical’ and duly dismissed. In the spring of 2001, Barkha met His Holiness, the Dalai Lama at Dharamshala. Deeply influenced by the compassionate actions of His Holiness and the Buddhist philosophy particularly the concept of Bodhicitta she enrolled into a Buddhist philosophy course.
In 2012 embracing her inner calling she decided to give up her film career. Following the advise of Venerable Zopa Rinpoche she took ordination by the great Tibetan master His Eminence, Venerable Choden Rinpoche at Sera Jey Monastery, Karnataka, India. Since then she has spent a great deal of time engaged in meditation retreats, study, centre management and as a meditation facilitator at various Dharma Centres in India and USA.