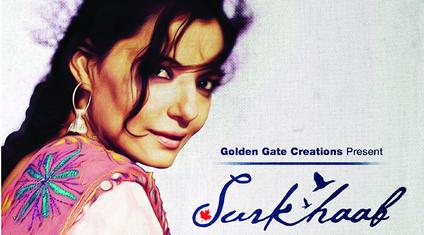 Join Venerable Samten for a screening of the movie Surkhaab, which explores the themes of illegal immigration and women's empowerment through a cinematic tale of a woman who has to face unexpected events when she illegally immigrates to Canada to be with her younger brother. After the movie, there will be a brief discussion and q&a session with Venerable Gyalten, who was the lead actress in the film.
Reviews* for Surkhaab:
"Surkhaab is a sincere and well-intentioned exploration of the perils and pressures involved in clandestine border-crossing."
"Surkhaab is extremely relevant and a poignant tale of survival that deserves to be seen."
"[A] tense, moving indictment of the cruel trade in human lives, as well as a tour de force role for an actress so in touch with the human condition she has devoted her life to improving it."
*reviews obtained from here

Venerable Gyalten Samten met His Holiness, Dalai Lama in 2001 at Dharamsala. She was deeply influenced by the Buddhist philosophy and the concept of Boddhicitta.

She gave up her successful Bollywood career to embrace her inner- calling to be a 'nun' in 2012. Following the advice of her Guru, Venerable Thubten Zopa Rinpoche she took monastic vows with His Eminence Venerable Choden Rinpoche at Sera Monastery, Karnataka, India.