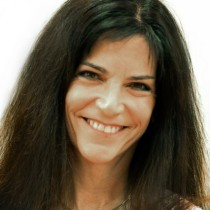 Lauren began an intensive study of Tibetan Buddhism in 1999 and broadened the perspective and approach to her studies so as to be open to a wider spectrum of spiritual philosophy and practice. She began teaching in 2005 at Middle Way LA, which she helped co-found, under the guidance of Lama Marut (Brian Smith.) She currently serves that organization as spiritual adviser and resident teacher. She has a Masters degree in Cultural Studies from Claremont Graduate University, which she taught at Antioch University until 2006.