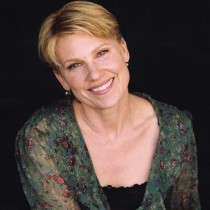 Lindsay Crouse completed the 18-course foundational program in 2004 and graduated from the advanced program in 2010. She helped found Middle Way LA and continues to serve as a Senior Teacher and Advisory Board member. Lindsay has taken teachings from His Holiness the Dalai Lama in the U.S. and India, and continues to study with Lama Marut and Geshe Michael Roach.

Lindsay is an Academy Award-nominated actress, who has taught directing at USC Graduate Film School, and acting at major universities around the country. Merging her love of Buddhism and art, she has created a unique series of teachings blending the craft of acting with the philosophy of dharma. Lindsay has developed her own series of classes based on Tibetan Buddhist principles: “No More Enemies,” “Spelunking Into Paradise,” “Freedom in the Field of Play,” and “Creative Where it Counts.”