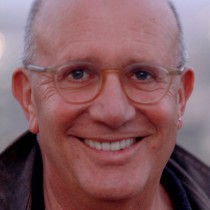 Like so many of my generation of American Jews, I was raised in a tradition more cultural than spiritual, steeped in a powerful sense of responsibility for our relationship with God and the lineage I held. I went to Hebrew school and was Bar Mitzvah. But by the time my father died when I was 19, I realized I lacked a true spiritual connection to God as He was presented to me–a supernatural being, a puppet master, alternately loving and jealous, a portrait of apparent contradictions I could not resolve.

For years, I had wrestled to find a visceral relationship with the divine. I found some, ironically, singing Christian religious hymns in a high school choir, particularly at Christmas. While I avoided the ideology, I had to admit there was something in the desire for grace in all these spiritual songs that made my heart soar.

As a young adult, I hovered between cynicism and yearning. The 1960s was a time of great curiosity about alternative spiritual traditions, and I devoured the writings of Ram Dass, Alan Watts and Carlos Castaneda. I studied Native American traditions and dove into the philosophy of the great Catholic monk Thomas Merton. But I was too immature to gain any cohesive understanding of the material or discover a way of unifying my daily life with a consistent spiritual view. I grew to mistrust religious figures who claimed to have the answer, and I held up my cynicism as a badge of honor.

That cynicism first began to crack in 1990 while I was making a film for the World Wildlife Fund. I grasped for the first time the reality of a web of life. A number of years later the books of Zen monk Thich Nhat Hahn opened me further to the understanding that I myself was the answer I was seeking. However, I still wasn’t ready and progressed in fits and starts.

It wasn’t until my carefully constructed family life collapsed before my eyes did I finally surrender to the spiritual. There to catch me was my soon-to-be heart teacher Lindsay Crouse, and I became a student at Middle Way LA in 2008. After a difficult and ultimately inspiring three-year journey through fire and ice, I became a Middle Way LA Board member and teacher in this Tibetan Buddhist tradition that celebrates all the spiritual lineages that have led me to this blessed place in my life.