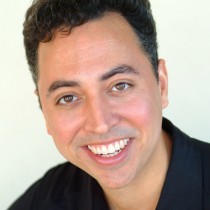 While admiring the unshakeable groundedness yet passionate preaching of his Pentecostal minister grandfather, Brian was raised in a strong Catholic household. Thanks to some of his parents’ closest friends, he celebrated many Seder meals and discovered how Christ was actually raised as a Jew. By the time Brian got to college, he found that he kept reading the "Intro to Buddhism" book his roommates left on the bathroom floor. Years later, he completed a 18-course foundational program in Tibetan Buddhism and graduated from the advanced series in 2010 guided by Lama Marut. He formerly served as Middle Way LA’s Executive Director and Board Vice-President. Today, Brian serves as a Senior Teacher at the center and teaches nationwide and abroad.